Speak Up, Be Heard, and Demand Change with Congress! 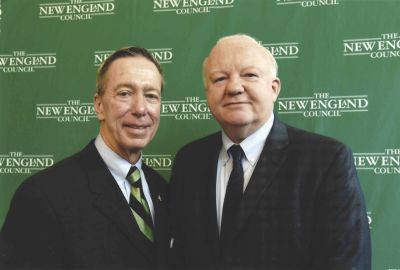 I was able to catch up with Congressman Stephen Lynch of South Boston at a recent New England Council meeting in Boston. Always quick with a joke, Congressman Lynch said “the presidency is supposed to age the occupant of the office, not us!” He talked about the “frustration of Washington” where everything ended in a battle based on political party lines and “nothing gets done.”

U.S. immigration law is federal law, as opposed to state or local law, so making changes to it must be done on the federal level by the U.S. Congress. For that reason, I believe it is important to continue to meet with and encourage our Congressional delegation to advocate for comprehensive immigration reform. The only way forward is to speak up, to be heard, to demand change.

If you or a family member has immigration issues, let me know if I can help.

I look forward to speaking with you.