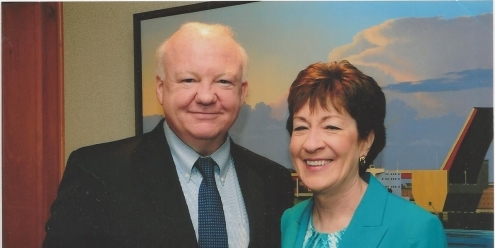 President Obama’s Executive Action on Immigration Reform will take place in the New Year but there’s no telling what the Republic controlled U.S. Congress might do. It is always good to keep the lines of communication open between members of Congress, so I was pleased to be able to meet with Maine Senator Susan Collins while in Portland.

With the extremists in both parties polarized against one another and very little (almost nothing!) getting done, Senator Collins is one of the few members of Congress talking with both sides and trying to forge agreements that fix our broken immigration system.

Senator Collins understands immigration reform is necessary and she pledged to continue her efforts to change the law so that it works for more of us. Senator Collins has voted for increases in permanent and temporary foreign work visas such as the H1-B, supports chain migration, voted to extend in-state tuition, educational benefits, welfare and health care services to immigrants.